Disclaimer: We may receive a commission for products purchased through some links in this article. 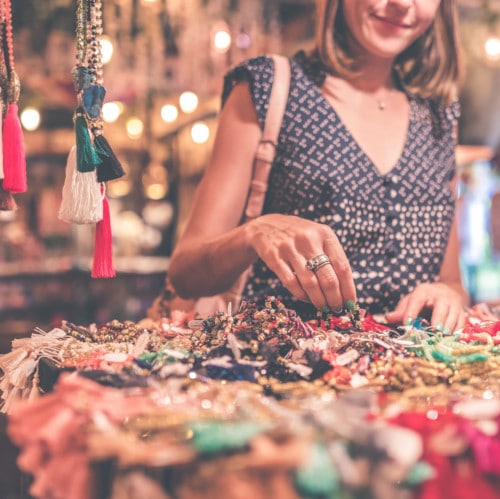 If you are a flea market connoisseur then you might have heard about the icon flea markets surrounding NYC as well as other hot locations around the state of New York.

From the famous “Annex Markets” of the Chelsea Flea Market to the amazing variety found at Stormville Airport Antiques, the incredible finds and unique history is just waiting for curious shoppers and visitors alike.

In fact, you might have trouble deciding which New York flea market to peruse! They all offer their own unique selection and appeal to each individual in particular ways that you might like better than others.

With that in mind, the Firefly Mommy team put together this review so you can see which NY flea markets might appeal to you the most. This is where we kept our eyes peeled for the best flea markets in New York. Of course, you could visit them all and find out first-hand, but we hope our list of pro’s and con’s makes the decision a bit easier for you.

For the budding flea market connoisseur looking to satisfy their itch, lets check them out!

The new Chelsea Flea has officially opened and is under new management, continuing it’s historic run with roots dating back to 1976. Located between Broadway and Sixth Avenue at 29 West 25th St., Chelsea flea sits within the shadow of the Cathedral of St. Sava where dealers and shoppers galore scout for deals.

Chelsea Flea is open from 9 a.m. to 6 p.m year-round on weekends, and with up to 135 vendors providing Art Deco and modern items from the mid-twentieth century, you can while away a long weekend at the variety of antiques, decor, art, and miles of vintage clothing.

This is one of the historic flea markets where you see many of the New York style elite. Since also consolidating with Hell’s Kitchen Flea Market in January of 2019, you’ll find all types of designers and stylists and every creative in between, looking to bag a bargain.

Back in 1970, a couple of dozen sellers made the most of an abandoned airfield to sell ephemera in the hope of making a buck or two, flash forward to now, it is a sprawling smorgasbord of 600 vendors selling everything.

With such a wide variety of bargains to scour for, from antiques to arts and crafts and even garden supplies, you may find yourself in over your head.

You’ve got to be prepared to do a lot of digging, but you can find everything from antique bassinets, to toys and gifts for family and friends. While some of the dealers accept credit cards you are best taking plenty of cash.

It’s not all about the bargains; if you find yourself haggling to the point of exhaustion, the market boasts many food vendors, guaranteeing you can reinvigorate yourself with anything you want, sausage and peppers, corn on the cob, and even ice cream.

Or if you just want a brewski, you can head to the on-site beer garden to wet your whistle.

Having moved from Pearl Plaza to its current location in Williamsburg on the second floor of the Williamsburg Hotel, the famous Brooklyn Flea has a smaller range of stalls. But you can still guarantee a wide variety of accessories, jewelry, and clothing for the astute bargain hunter.

Shrinking from its original 150 vendors to approximately 80, you may feel you are starved for choice, but it is still one of the most vibrant and fruitful flea markets that provides a little something for everyone.

If you’re hungry, the flea market doesn’t offer food, but you can head to Smorgasburg, a short hop over to the East River State Park for pizza cupcakes, a lobster sticky rice platter, and some of the most exciting sounding meals this side of the Brooklyn Bridge!

Queens’ answer to the Brooklyn Flea, this market offers a wide selection of antiques, retro items, and an abundance of fantastic eateries that will keep any New Yorker busy all weekend.

The open-air bazaar really comes into its own in its beer garden. Boasting a wide variety of beers from famous New York breweries like Queens’ Brewery you will need to quench your thirst when you are venturing around looking for those bargains and chowing down on a Coney Shack Vietnamese Beef Short Rib tacos.

LIC Flea & Food also hosts special events throughout the season, which require tickets, so be sure to buy early if you want to get a spot at Oktoberfest and get your lederhosen on, or consume liverwurst and beer until you can’t anymore.

Night owls rejoice! The Queens night market takes the atmosphere of the daytime flea market we all know and love and turns it into a more cozy and inclusive affair that is what New York is all about.

For those people who are on the lookout for a wide variety of foods from around the world, you have meals from more than 80 countries to choose from.

Do you want tacos? You’ve got it! Would you rather some Middle Eastern stew? They’ve got that too.

The open-air bazaar goes until midnight every Saturday, but if you want something else beyond what the standard flea market offers, the many DJs spin tunes that we guarantee you will have never heard, especially if you know nothing about electronica. And the Bollywood dancers provide performances to tickle your senses while you tickle your tastebuds.

The Origin of the Name Flea Market

Flea markets are one of the many things that make New York so interesting. While flea markets are sewn into the fabric of the US, the origin of flea markets is one for debate and might go some way away from the Big Apple.

Some believe the origin of the term “flea market” comes from Paris. The theory that flea market is a translation for “market where one acquires fleas” supposedly dates to an outdoor bazaar in Paris; where tiny bugs infested old furniture for sale.

Another theory is flea markets were named in the time of Emperor Napoleon III. Soldiers marched through neighborhoods in Paris; merchants were forced to sell their wares to these soldiers, and subsequently erected stalls in these areas, which was named “marche aux puces” which later translated to flea market.

The final theory comes from New York City in the early 1700s. The market area in New York City where flea markets reign supreme was the original Financial District by the East River. Immigrants called this area “vlie” – which literally means valley or swamp.

Final Thoughts on the Flea Markets of NY

But in the modern-day, flea markets, thankfully, don’t have any of those uncomfortable connotations. It’s a place where people can discover items for sale at bargain prices or turn their unwanted goods into little treasures for someone else.

Backed by the white noise of the New York hustle and bustle, New York City has an amazing variety of flea markets and those who want to find a treasure trove or a bargain need to venture down to these oft-visited locations.

Finding an amazing deal in one of the many flea markets can make your day, from a kids jacket not seen since the 1960s to antiques that were around during Napoleonic times, you could find anything, and this includes great food to energize your endeavors! But you have got to keep your eyes peeled for the right bargains, but also the right flea market.